10 Things That Increase the Odds of Needing a Divorce Lawyer 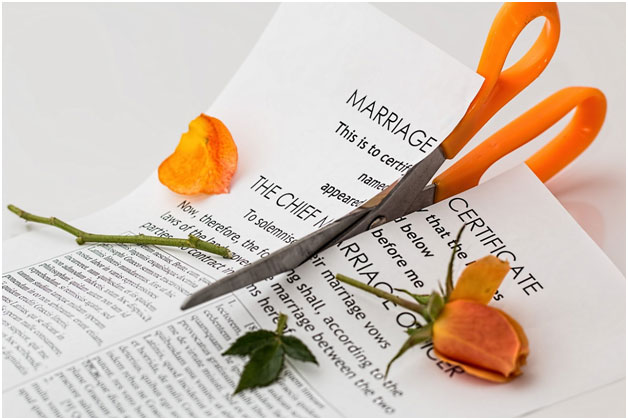 According to the American Psychological Association (APA), 40 to 50 percent of American couples end their marriages in divorce.

While good, stable marriages benefit couples and their families in many ways, unhealthy marriages have the potential to negatively affect children, mentally, physically, emotionally, and socially. Plus, unhappy marriages can put a major damper on the lives of each spouse as well.

If your relationship is struggling now more than ever, it might be time to visit a reputable marriage counselor or a divorce lawyer Fairfax VA. Divorce is never easy, but an experienced professional can help to make the decision to separate as simple as possible.

Factors That May Lead to Divorce

Interestingly, new studies show that certain factors may come into play to predict the likelihood of divorce. While no person or couple can guarantee that they will stay together forever, or divorce after a certain amount of time, there are some issues that can increase a couple’s chances of divorcing.

Interesting factors increasing the odds of divorce include the following: 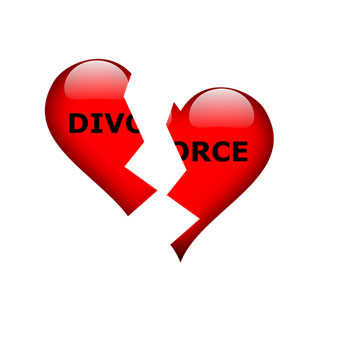 Now, there’s no need to fear if you can relate to one of more of these things. However, it doesn’t hurt to keep your trusted divorce attorney Fairfax VA   in mind, just in case the need arises.

Now, let’s talk about these surprising findings in more detail.

1. Being a Married American and Living in a Red State

Studies show that married Americans are 40 to 50 percent more likely to divorce than non-Americans. This could be because people are getting pickier about who they choose to be in a relationship with, and people are getting smarter about their wants and needs.

Additionally, studies show that couples living in a U.S. red state may be more likely than couples in blue states to need a divorce attorney. This could be because couples in red states tend to marry younger than couples in blue states, and younger marriages are often riskier than when couples marry when they’re older. Couples living in states such as Utah, Kentucky, Oklahoma, and Arkansas tend to be younger during the time of marriage.

Even though living in a red state may increase your chances of needing the services of divorce attorneys, it doesn’t necessarily mean you will.

3. Having Divorced Parents or Having Previous Marriages

As stated in an article published by The Daily Beast, couples with divorced parents are 40 percent more likely to get a 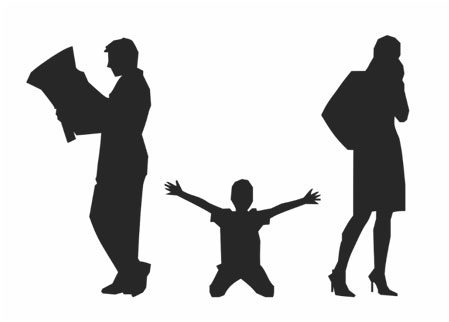 divorce than couples with non-divorced parents. If your parents got remarried after divorcing, the numbers are even higher. Couples with remarried parents are 91 percent more likely to divorce.

The reasoning behind this could be that couples see their parents divorcing and moving on to other people, which makes the situation seem much more acceptable.

Furthermore, if you and your partner are both in your second or third marriage, the article states that you’re 90 percent more likely to need a divorce attorney than first-timers. Even though research shows that marriages should be more successful the second time around, it doesn’t always turn out that way.

4. Being a Non-Smoker, Married to a Smoker

Issues involving cigarette smoking could have to do with finances, life goals, or health priorities—but one thing remains the same: If you’re a non-smoker married to a smoker, your chances of divorcing are between 75 to 91 percent.

5. Couples with a Daughter or Having Twins or Triplets

If a married couple has a daughter, it doesn’t automatically mean they will need a divorce lawyer; however, it increases their odds about 5 percent. Interestingly, this could be because fathers with sons tend to be more invested in family life when there are boys present.

But having a daughter for a child isn’t the only startling factor that could contribute to higher divorce rates. Couples with twins or triplets are 17 percent more likely to divorce than those who do not have twins or triplets amongst their children, perhaps due to higher stress levels and greater financial obligations associated with giving birth to multiples.

6. Being a Baby Boomer or Living in Wayne County, Indiana

Despitea propensity for traditional religious beliefs regarding marriage, studies show that Baby Boomers have a divorce rate of 38%.

Studies show Wayne County, Indiana residents have a divorce rate of 19 percent, the highest of any county in the United States.  Monroe County, Florida, where 18 percent of residents are divorced, comes in second place.

7. Having a Wife Who is Two or More Years Older

That said, regardless of which spouse is older, age gaps of more than five years between spouses point to an increased risk of divorce.

8. Having Below Average Intelligence or Serial Cohabition

More and more couples are choosing to cohabitate before marriage.  The idea for some may be to see how well they live together before taking the marriage plunge and to avoid an unnecessary future divorce. However, studies show  women who have lived with more than one partner before their first marriage could have a 40 percent higher risk of divorce than women who have only lived with one man before marriage.

9. Having Been Diagnosed with Cervical Cancer 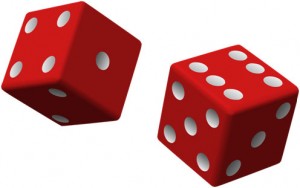 While couples with spouses who are breast cancer survivors are less likely to divorce, marriages with women who have been diagnosed with cervical cancer have a 40 percent higher rate of divorce.

Additionally, the divorce rate is 20 percent greater if a man has been diagnosed with testicular cancer. Researchers suggest  this could be because these cancers tend to affect younger people and affect sexual activity.

However, being diagnosed with cervical cancer or testicular cancer will not automatically result in the need for a divorce lawyer.

10. Recession Led to Decreased Divorce Rates in Much of Virginia, but   not in Northern Virginia

The University of Virginia’s National Marriage Project released a report in February 2011 saying 38 percent of respondents decided to “table or cancel their plans to divorce or separate” due to financial strains. Arlington and Fairfax VA, however, which were less affected by the recession, seemed to buck that trend, with no change in divorce rates. .It also probably doesn’t hurt that the Fairfax courthouse has a reputation, among the best divorce lawyers in Northern Virginia, for being very quick and efficient in handling divorce proceedings.

What can couples do to improve their odds of staying together?

As interesting (and surprising) as these 10 factors are, they don’t automatically mean that a couple will ultimately divorce. Divorce depends on many important factors—not necessarily because a couple lives in a red state or because they have divorced parents. While these factors may significantly increase a couple’s risk of divorcing, it doesn’t mean they will divorce one day.

Additional research shows that couples divorce more often for reasons other than those which are the focus of this article, such as sex, boredom, money, and general relationship issues.  So, what can couples do to improve their odds of staying together? Here’s some advice that may help to reduce the need for a divorce lawyer:

Reason to Mediate Your Divorce