Virginia Divorce Law and Real Estate: A Myriad of Rules and Regulations 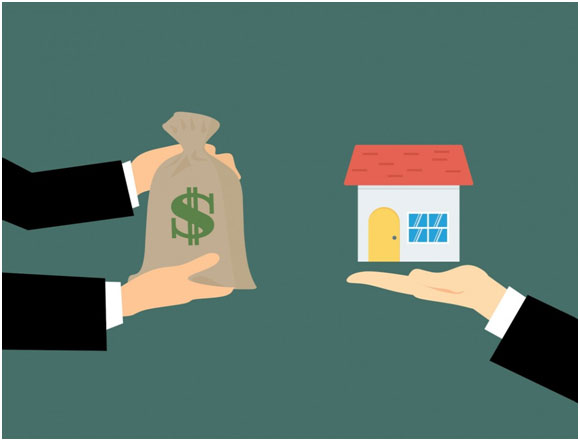 One of the first lessons we learn as young children is that life is not fair. As adults, we quickly learn how unfair it can actually be. Nevertheless, when it comes to our personal relationships, we stubbornly cling to the belief that we should be treated fairly based on our contributions to those relationships.

Perhaps this is why the courts and bar have struggled so mightily to devise a method for the just division and distribution of a divorcing couple’s real estate holdings (including their home) in certain circumstances. Historically, Virginia courts and the bar have been confronted with this dilemma when couples used marital and non-marital funds to obtain the property in question. When this has happened Virginia courts have classified such property as “hybrid property,” meaning it is partially separate and partially marital property.

However, concerns about this surface when:

Traditionally, lawyers, judges and the person who contributed his/her separate funds to the marital residence focused on:

However, there has been a significant shift in that focus. The new emphasis is on calculating and giving greater weight to marital contributions (usually in the form of income earned during the marriage)even when they were used to cover relevant costs other than the mortgage principal.

Significant factors weighed in reaching these determinations include:

PRINCIPAL versus INTEREST – The commingling of separate and marital assets often occurs when one person uses his or her pre-marital assets to make a down payment on the couple’s marital residence. That down payment reduces mortgage principal. Then, in ensuing years, the couple may pay thousands of dollars toward paying off the mortgage note (and related expenses). However, courts sometimes negate those contributions unless and until those marital contributions start to reduce the principal. This is why some divorce lawyers minimize much of the value of the monthly mortgage payments.

RISK FACTORS & HARD WORK – As the “principal versus interest” approach detailed above falls out of favor in Virginia courts, divorce lawyers and judges are giving more weight to certain “risk factors,” and “hard work” in the division and distribution of the value of real estate holdings. These include:

Regardless of the subtle and not so subtle differences in the approaches to determining fair division and distribution of hybrid property we have just detailed, the reality is that any universal application is not effective. This is because each situation is unique; different couples have different personal and financial circumstances. Then there are fluctuations in the real estate and financial markets, which drastically affect property values.

That being stated there are viable alternatives,including some formulas now used by mediators and courts. These are:

(1) Establishes the connection between:

(2) Reduces said relationships to percentages, which are then multiplied by the equity in the property, at the time of distribution, to determine the current value of the separate and marital portions of the equity.

(3) Only recognizes the contributions that result in the reduction in principal (so any other contributions toward the monthly mortgage payments for interest, homeowner’s insurance and real estate taxes do not count).

(4) Views as non-marital contributions, all financial contributions made toward the reduction in principal from both separate assets (money earned before the marriage, inheritance, and gifts to one of the spouses (not the married couple)) and to those payments made in reduction of principal made following the parties’ separation (but not necessarily divorce).

(5) Recognizes money spent on improvements, from either marital or non-marital funds, but only in terms of increased property value (not the amount spent).

Accordingly, this formula can best be expressed as:

Brandenburg is not the Only Alternative: Even though this is an acceptable approach, it is not the only one available to Virginia judge tasked with deciding how to determination as to how to divide and distribute hybrid property.

Intrinsic Imbalances in Brandenburg: This method is sometimes frowned upon because of the severe and unjust division between marital and separate property that often results.  Consider a scenario in which a couple decides to buy a house, but only one of them has the cash necessary for the down payment (from money saved prior to the marriage). In these circumstances, the application of Brandenburg may haven an outcome with significant benefits for the spouse who made the down payment; but highly unfavorable results for the spouse who made contributions towards payment of the monthly mortgage bills.

This is because all money earned during the marriage (by either one or the both of them) once the husband and wife are married, is classified as marital money. Therefore, all income earned used to pay the monthly mortgage bill is classified as marital contributions. In accordance with Brandenburg, however, none of those payments are considered as anything other than “rent” until they start to reduce the principal.

This was deemed proper and accordingly not amis use of the court’s discretion because (and we can never stress this enough) Virginia is an equitable distribution state. This means the court is allowed to divide and distribute marital property as it sees fair and just based on the specific circumstances of each individual case. Within reason, that includes how property is classified (i.e. as marital or separate (non-marital) property).

Acknowledgement of Financial Benefit to Marriage — Credit Worthiness & Risk Taking – InKeeling,the Court of Appeals felt that the application of Brandenburg simply wouldn’t be fair. Specifically, itfigured that applying the Brandenburg formula would discount entirely the financial benefits stemming from the parties’ joint obligation to pay on the mortgage loan. In other words, it determined that both parties took certain financial risks, which should be taken into account.

Acknowledgement of Financial Benefit to Marriage by Paying Monthly Mortgage Bill – Because the couple used martial income to make monthly payments on the loan – regardless of whether it was used to reduce the principal or not – the court reasoned that the marital estate should get credit for said payments.

Additionally, the Court of Appeals determined that legal use of a formula, such as Brandenburg, is allowed, but not mandatory in cases where there has been a commingling of separate and marital assets.

When all was said and done the court resolved the matter by using the Brandenburg formula and one that can best be expressed this way:

By doing so, it paved the way for other courts to use the same approach when warranted.

To determine a party’s separate interest in hybrid property using this  “formula”, the parties simply apply a rate of return to the separate investment in an asset classified as marital property (such as a deposit on the marital residence).

Many consider this method the most flexible way to reach an appropriate determination. This is because there are virtually no restrictions on the rate to be used as long as the parties agree. This method is based on the concept that the party who made the down payment (or other valuable investment out of his or her separate assets) should be able to recoup their initial investment, plus some appreciation to make up for any missed opportunities to make other investments.

If this seems like the best approach given your situation, you and your spouse should seek advice from a financial professional about the best rate of return   to use. Be sure to explain that this percentage will be applied to the separate (non-marital) investment in the real estate in question.

Though this approach isn’t recognized in any law books, many clients in mediation (and some involved in litigation) consider their financial contributions to the acquisition and/or maintenance and/or improvement of the marital residence as “gifts” to the marriage.

From a legal and moral perspective, this is perfectly fine. Of course, legal strategies can be employed to thwart this. However, using them can have unpleasant and sometimes unintended consequences. In a worst-case scenario, it can derail the entire settlement process.

Don’t let your emotions get the best of you. Think of the intended and unintended consequences before adopting a strategy that could backfire. Though you might end up getting what you think is rightfully yours, by insisting on a specific strategy, you may end up “losing” in the long run if it violates your family’s general sense of fairness. For example, if you alienate your spouse by classifying something as your separate property that was considered a gift while you were married you may find that he or she is much more reluctant to be reasonable about other points of contention. Depending on your situation, these may include spousal support, child support, and the division of other assets and debts.

When it comes to decisions that will affect your entire family’s future, put your ego aside and use good judgment. Above all else, don’t confuse what is legal with what is right.